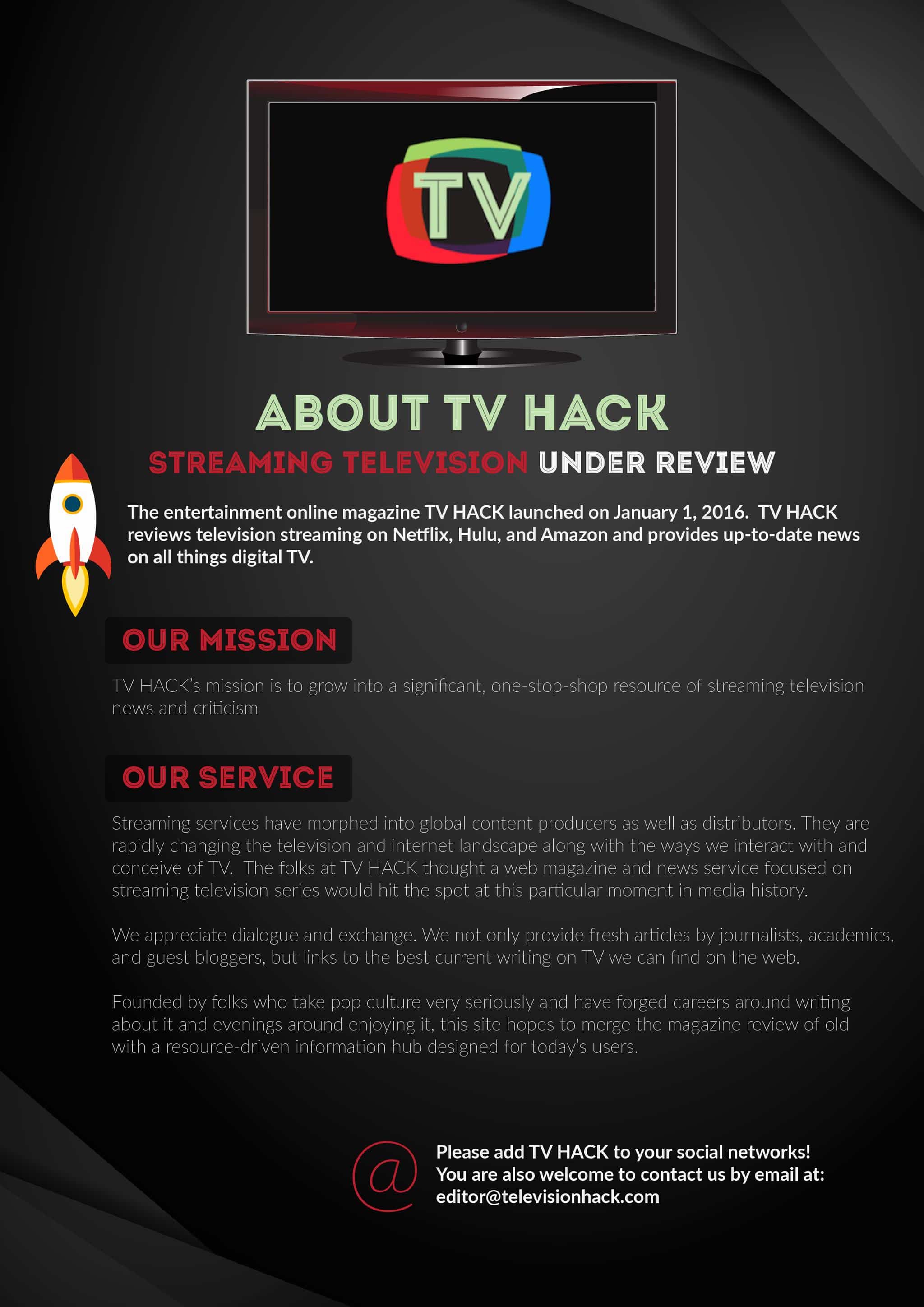 We regularly post longer-form reviews for the TV aficionado.  For the casual reader, who’s just itching for something to watch, we produce monthly roundups with quick descriptions of the current streaming options on each platform, such as this one featuring Netflix’s January 2016 schedule.

TV HACK’s mission is to grow into a significant, one-stop-shop resource of streaming television news and criticism.

Whatever your fandom or fancy, we are dedicated to helping you gauge your interest in the current streaming options and keep you informed about new shows and developments in the TV industry.

Streaming services have morphed into global content producers as well as distributors.

They are rapidly changing the television and internet landscape along with the ways we interact with and conceive of TV. The folks at TV HACK thought a web magazine and news service focused on streaming television series would hit the spot at this particular moment in media history.

We appreciate dialogue and exchange.

We not only provide fresh articles by journalists, academics, and guest bloggers, but links to the best current writing on TV we can find on the web.

Founded by folks who take pop culture very seriously and have forged careers around writing about it and evenings around enjoying it, this site hopes to merge the magazine review of old with a resource-driven information hub designed for today’s users.

Instead, for us, it’s about connection–that means connecting users to sites and resources and welcoming comments and exchange.